Dogs with blue eyes are prone to several health problems. One of the most common is heterochromia, characterised by different colours in each eye. This can be caused by several factors, including genetics and injury. Blue-eyed dogs are also more susceptible to sunburn and other forms of skin cancer. They may also have trouble seeing in low light conditions.

If your dog’s eye color is blue, health problems are a relatively rare occurrence, but when they do happen, they can be serious. One such problem is a genetic disorder called albinism. Albinism results in a lack of pigment in the eyes, skin, and hair and can cause vision problems. Dogs with albinism are also at risk for sunburn and skin cancer. Another health problem that can occur in dogs with blue eyes is glaucoma.

The genes that cause blue eyes in dogs are recessive. This means that a dog must inherit two copies of the gene to have blue eyes. If a dog only inherits one copy, then the dog will have brown eyes.

Health Problems that Can Occur in Dogs with Blue Eyes

Blue-eyed dog health problems are not as common as those with brown eyes, but they can occur. One of the most common problems is a genetic disorder called progressive retinal atrophy. This disorder leads to blindness and often occurs in dogs with light-coloured eyes. Other health problems affecting blue-eyed dogs include deafness, cataracts, and skin cancer.

PRA is a condition that affects the retina and can lead to blindness. Other health problems that can occur in a blue eye dog include cataracts, glaucoma, and pigmentary uveitis.

Progressive Retinal Atrophy (PRA) is a condition found in many dog breeds resulting in gradual vision loss. The disease begins with the death of cells in the retina, the light-sensitive layer of tissue at the back of the eye.

As more and more cells die, the dog’s vision progressively worsens. They were eventually leading to blindness. While there is no cure for PRA, dogs with the condition can lead long and happy lives with proper care.

Progressive Retinal Atrophy is a degenerative eye disease that causes blindness in dogs. Dogs breeds with PRA typically start to lose their vision at around 3 or 4 years of age.

Pannus is a condition in dogs characterised by an accumulation of fluid and inflammatory cells on the eye’s surface. The affected eye appears swollen and reddened, and the eyelids may be crusty. Pannus is most commonly seen in dogs with light-coloured eyes (e.g., blue or hazel).

The dog’s eye’s blue pigment has less UV radiation protection. The condition can lead to vision loss if not treated.

Pannus is a common complication of keratoconjunctivitis sicca (KCS), a deficiency of tears that can lead to dry eyes and irritation. The accumulation of cells and fluid in the cornea can cause the overgrowth of blood vessels and tissue, leading to vision impairment or blindness.

A cataract is an opacity of the lens in the eye. This can lead to a decrease in vision and even blindness. The cause of cataracts is often associated with ageing. Cataracts can also be caused by trauma or exposure to radiation. In dogs, most cataracts occur in the blue-eyed breeds.

Cataracts are a result of the lens of the eye becoming cloudy. The blue eyes of the dogs is a high risk for cataracts can be caused by a lack of pigmentation in the lens. This can lead to a decrease in vision and even blindness.

Glaucoma is an eye disease in which the pressure inside the eye increases. This increase in pressure can damage the optic nerve, leading to vision loss. Glaucoma is more common in dogs with light-coloured eyes, such as blue eyes, because they have less pigment in their eyes and are therefore more sensitive to increased pressure.

The most common form of glaucoma in dogs is primary open-angle glaucoma. It is caused by a malfunction of the drainage angle in the eye, which increases pressure within the eyeball. This increased pressure can damage the optic nerve and lead to vision loss. Dogs with light-coloured eyes are more susceptible to glaucoma, and blue-eyed dogs are at the highest risk.

The conjunctiva is a mucous membrane that lines the eyelids’ inside and covers the eyeball’s front. Conjunctivitis is an inflammation of the conjunctiva. It can be caused by various factors, such as allergies, irritants, or infection. Symptoms include redness, swelling, itching, and discharge from the eyes.

A viral or bacterial infection usually causes the condition. It results in inflammation of the conjunctiva – the thin membrane that lines the inside of the eyelid and covers the white part of the eye. Conjunctivitis can be treated with antibiotics if it is bacterial in origin or with over-the-counter antihistamines and eye drops if it is viral.

Dry Eye Syndrome is a condition that can affect both dogs with brown eyes and blue eyes. It is caused when the tears produced to lubricate the eyes do not adequately do so, which can lead to irritation, inflammation, and other problems.

Dogs with Dry Eye Syndrome may have trouble keeping their eyes open and show signs of pain or discomfort. Treatment for the condition typically includes eye drops or ointments that help lubricate the eyes and keep them healthy.

This syndrome is characterised by a decrease in the production or quality of tears, which can lead to discomfort and eye irritation. Dogs with Dry Eye Syndrome may blink more often, have a watery discharge from their eyes, and experience excessive tearing.

Other Common Eye Color Diseases when Dogs Have Blue Eyes

One of the other conditions in blue-eyed dogs is called pigmentary keratitis. This condition is caused by a build-up of pigment in the cornea, which can lead to vision problems. Dogs with pigmentary keratitis will often have brown or black discolouration in their eyes and may also experience pain, itching, and discharge.

Another condition that can affect blue-eyed dogs is called retinopathy. This is a problem with the retina that can lead to vision loss. Dogs with retinopathy may develop lesions on their retina and start to lose their vision.

There are also a few diseases that can affect the pupil of the dog’s eye. One such disease is called uveitis, an inflammation of the uvea. Puppies and young dogs have a lot of growth in their eyes, which means they are more susceptible to eye diseases.

When the pupil of an eye is dilated, there is some problem with the retina. The pupil may be dilated due to an infection – especially bacterial infections, common in dogs.

How to Take Care of Blue-Eyed Dogs

People with blue eyes have a certain allure about them. This is no different for dogs, as their bright blue eyes often attract attention from passersby. Many people are drawn to these dogs because of their unique appearance and want to know how to properly care for them.

Potential owners should first be aware that blue-eyed dogs can be more prone to health problems than other breeds. Some common issues include vision problems, sensitivity to light, and skin allergies. Owners should make sure they are familiar with the signs and symptoms of these health problems and take their dogs to the vet if they notice anything out of the ordinary.

In addition to being aware of potential health problems, owners should also take steps to protect their dog’s eyes from damage. Here are other things you can do:

Blue-eyed dogs are prone to many health problems. Some of these problems can be minor, but others can be quite serious. Owners of blue-eyed dogs should be aware of these potential problems and take steps to protect their pets from them.

Blue-eyed dogs are at a higher risk for health problems. Owners of these dogs should be sure to monitor their health closely and be prepared to deal with any potential health issues. 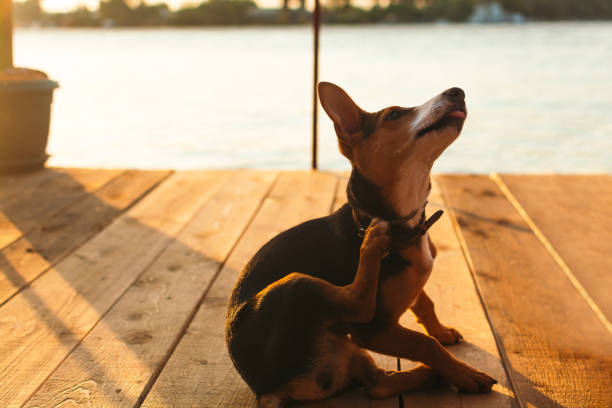